﻿Eric Jackson and Vantage Cinema present a story about snowboarding, fly-fishing and finding alignment in the mountains. Filmed primarily on location in Northern BC, Alignment …

The trail is now set to visit Alabama’s famed Lake Guntersville on June 21-24 and Cayuga Lake in New York on Aug. 22-25.

When the Elite Series schedule was announced in July, two events were originally planned for the Western United States on the California Delta and the Columbia River in Washington. But after listening to anglers’ concerns about travel expenses and time away from their families, two venues that are more conveniently located to the anglers were selected.

“While it is our goal to take the Bassmaster Elite Series to new venues across the country, we are also very sensitive to the needs and wishes of our anglers,” said B.A.S.S. CEO Bruce Akin. “Many of them had legitimate concerns about the travel demands of our original schedule, and that was the basis for this decision.

Scottsboro, Ala., will be the tournament headquarters at Lake Guntersville, which ranked ninth on the 2018 list of BassmasterMagazine’s 100 Best Bass Lakes. It has been the site of 22 major B.A.S.S. events, including the 2014 Bassmaster Classic. The lake is known for giant largemouth and aquatic grass that makes for excellent summertime fishing.

The official practice period for the Guntersville tournament will begin Tuesday, June 18. The competition days will be the following Friday through Monday (June 21-24).

Cayuga, which is New York’s longest glacial finger lake at just under 40 miles, ranked 13th in the Northeastern Division of Bassmaster Magazine’s 100 Best Bass Lakes. The fishery has hosted three major B.A.S.S. tournaments, dating back to 2012.

The Cayuga tournament dates of Aug. 22-25 were chosen specifically to cut down on anglers’ travel time. The Elite Series already has an event scheduled for New York’s St. Lawrence River on Aug. 15-18.

The official practice period for Cayuga will begin Aug. 19, the day after the St. Lawrence event ends.

“Guntersville is widely known as one of the best bass fisheries in the country, and it’s very centrally located for many of our competitors,” Akin said. “Cayuga is also an excellent fishery, and the timing of that tournament will allow our anglers to make one great trip to the Northeastern United States.”

The Cayuga event will be hosted by The Village of Union Springs with weigh-ins held at Frontenac Park. The City of Scottsboro, Ala., will host the Guntersville Elite event, which will be held at Goose Pond Colony Resort.

A short film showcasing some of the world’s finest fly fishing for big Atlantic salmon on the Yokanga River in Russia.

The post Salmon Fishing on the Yokanga, Russia appeared first on Moldy Chum.

Wild steelhead and Chinook salmon counts are back near their desperately low post-dam-building numbers. Having spent 40 years advocating for wild fish in Idaho rivers, …

The post A Spiritual Loss appeared first on Moldy Chum.

With all of the announcements being made about anglers leaving their respective organizations for full time participation in Major League Fishing there are some people being forgotten.  How about those

As reported in the Auburn Citizen Newspaper on Wednesday the Elite Series is adding an event on Cayuga Lake that will take place August 22-25 next year.  It will be 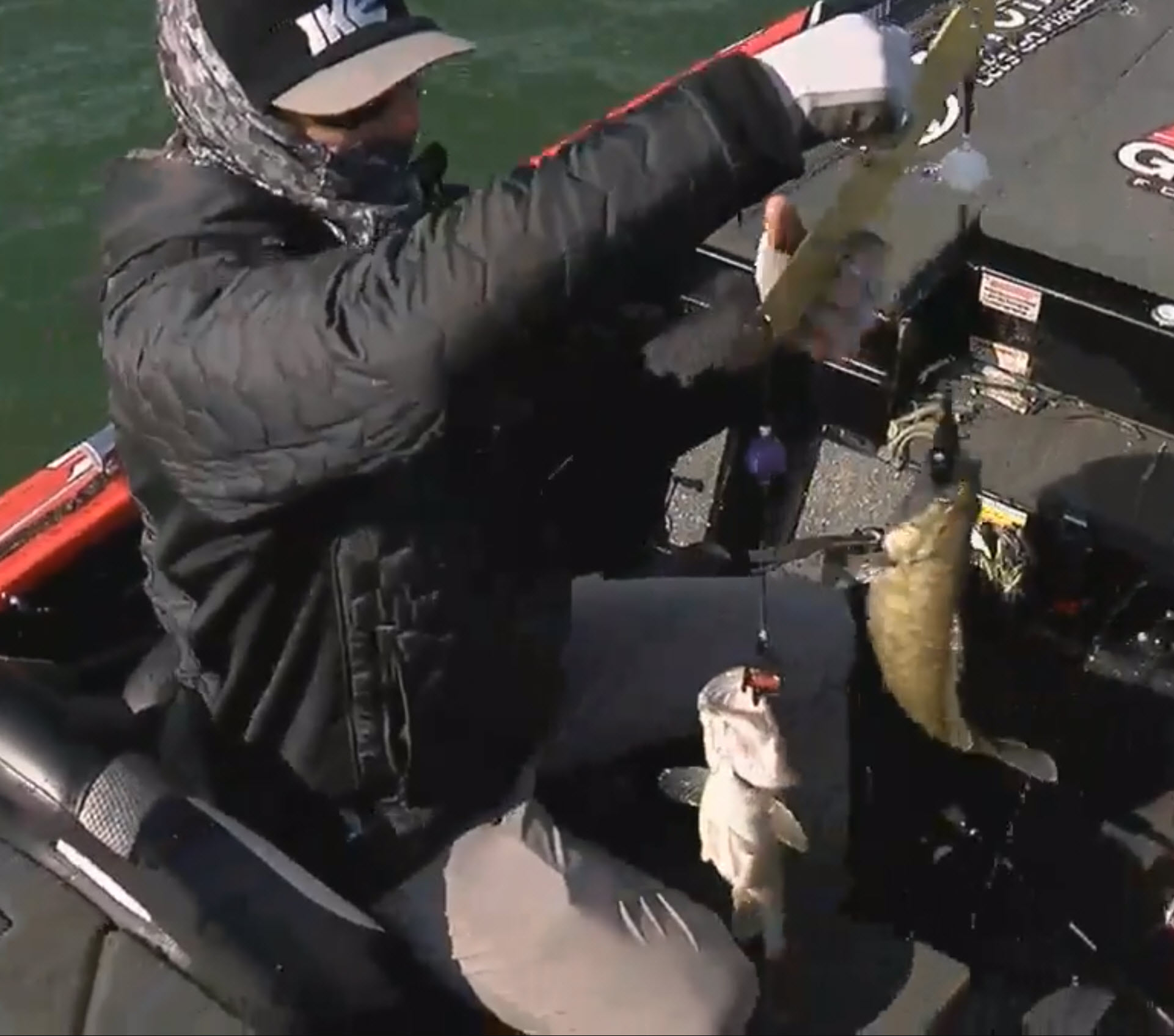 Last week at the 2018 GEICO Bassmaster Classic presented by DICK’S Sporting Goods I fished the Neko rig. I didn’t finish all that high but I did catch several bass that I wouldn’t have caught any other way. So, I thought it was worth sharing.

The Neko rig is a super successful technique because it mimics the real thing. When it’s fished right it kind of pecks along the bottom. That’s exactly what real baitfish do when they’re feeding. They put their tails up and then they just peck, peck, peck as they move across the bottom eating whatever they can find. Every now and then you’ll see a puff of mud or sediment kicked up by their actions.

The Neko rig is a simple thing to put together and doesn’t cost much, either. I start with my hook selection. I always use a VMC Ike Approved Neko hook, either with a weedguard or without one depending upon the conditions. They come in a half-dozen sizes. Use the one you want. I go with a #1 or a #2 about 90 percent of the time.

They perform better when they’re pecking, or at least it looks that way to me. At Lake Hartwell I used a Berkley Powerbait Maxscent The General Worm. It’s a great pick when you want something to look natural and that has lots and lots of scent. I think scent is really important with a Neko rig.

I rig my hook to the plastic with a Wacky Ring from VMC. I like the clear ones because I don’t think the black ones look right with certain colors. I haven’t really tested my thinking on that a lot but it just doesn’t look right sometimes, and when something doesn’t look right I don’t fish with it. It’s a mental thing, but it matters.

I put the hook about three-quarters of the way down the worm near the weight. I always make sure that the point of the hook is up. I want an easy and efficient hookset when a fish takes my bait.

And speaking of weight, I use VMC Half Moon Wacky Weights. They fit right into the fat end of my plastic — that’ll make the rig look and act more natural — and they’re ribbed so that they don’t fall out on every other cast. In shallow water I like the 1/32 ounce model. When the water’s a little deeper I go with a 1/16 ounce weight.

Once you’re rigged up, it’s time to pick a rod and reel. I fish my Neko rigs with a 7 foot, 2 inch, medium action “Ike” Finesse Series Spinning Rod from Abu Garcia. My reel is a 20 or 30 size model from Abu Garcia. I like the REVO Rocket because of its fast retrieve speed. Truthfully, though, any model they make will get the job done. They’ve been making quality reels forever.

Once you’ve got everything together all you have to do is cast it out, let it fall to the bottom and shake your rod tip for a minute or two. Then, reel it in a ways and do the same thing over again.
Always keep your rig on a semi-tight line and watch carefully as it falls. Aggressive bass will grab it before it hits the bottom.